ABOUT APPETITE FOR ENERGY

Bacon is pork meat that has been cured with salt. It is typically prepared from a variety of different cuts of pork with two of the most common cuts being the ‘back cut’ and ‘pork belly’. Bacon is often eaten on its own, used as an ingredient, or eaten as a side dish – making it one of the most versatile meat-based foods today.

Bacon or fat from bacon is also traditionally used for larding roasts (i.e. inserting the bacon into the roast to baste it from the inside while it cooks). Cuts from different meats including turkey, goat, chicken, or beef may be taken and cured in a similar way as bacon and referred to as bacon by cooks, chefs, and food producers – something that bacon purists denounce. This type of bacon imitation is most popular in Jewish and Muslim cultures, due to their prohibition of pork.

Bacon is one of the oldest forms of salted meat, dating all the way back to 1500 BC.

The Ancient Romans are thought to have eaten a type of bacon known as petaso. This was made by boiling the meat from domesticated pigs along with figs, then the meat was browned and seasoned with a type of pepper sauce.

In the 17th Century, bacon was popular among European peasants – when they could afford it. They favored smoked bacon above all others.

The first large-scale manufacturing of bacon started in Wiltshire, England (near Stonehenge) in the 1770’s.

In 1924, Oscar Meyer introduced already sliced bacon to America and the public.

Store cooked bacon in the fridge for 4-5 days in butcher paper or parchment paper. If the fat is being reserved for later cooking, then a Ziplock bag is ideal for the rest of the meat.

When curing bacon, it is done in one of two ways – ‘wet curing’ or ‘dry curing’.

‘Wet curing” uses brine to soak or inject the meat. When curing bacon with brine, added ingredients are used. These include sodium nitrate, which both speeds up the process and help to stabilize the color.

If pure salt is used to cure bacon, then it’s simply known as ‘dry curing.’

When fresh bacon is cured, it may be dried for weeks at a time. However, it may also be boiled or smoked, too. Whether bacon is dried or fresh, it is usually cooked before consumption. While bacon that has been boiled can be eaten straight away, it can be cooked further depending on preference.

Wood or cobs can be used to bring out different flavors in the bacon curing process. When smoking bacon, this process may take up to eighteen hours.

Bacon is separate from other types of pork that have been cured by salt. It is distinguishable through the dry packing or brine that’s used to cure it. Traditionally, the term ‘ham’ has been used to describe different cuts of cured pork. Today, ham is only used to describe meat that comes from the hindquarters of the pig.

There are a number of different cuts of pork meat that are used to create bacon.

The following recipes use bacon as a key ingredient:

Examples of popular bacon dishes are BLT’s, which is a sandwich that includes bacon, lettuce and tomato, bacon and eggs, cobb salad, and various food items that have been wrapped in bacon, such as Bacon Wrapped Shrimp.

In Europe and America, bacon is often used to complement other foods. In America especially, bacon bits are a common condiment. Streaky bacon is commonly used in America on anything from hamburgers, sandwiches, pizzas and baked potatoes to hot dogs and soups. In America, smoked bacon is not used as often as streaky bacon is, but when it is used, it can be found on omelets, pizza, and salads.

Bacon may also be found in dishes that have adapted to accommodate it, like meatloaf and green beans.

The Fat of Bacon aka Lard

When bacon fat is heated, it melts and becomes what is commonly known as ‘dripping.’ Once this dripping has cooled down, it hardens and turns into what is referred to as lard. Lard from bacon is full of flavor and therefore used in a lot of different cooking scenarios. American and British cuisine are best known for saving bacon grease and turning it into lard for other cooking purposes. Most often bacon lard is used for baking cornbread and making gravy.

Additionally, bacon is also used in another form of cooking: barding. Barding is when strips of bacon are laid out over a roast chicken or lamb to provide more fat to an otherwise lean piece of meat. Once the primary meat has cooked, the bacon itself is either thrown away or eaten as crackling.

In one twenty-gram strip of bacon, you will find five grams of fat and four grams of protein. Four pieces of bacon can contain as much as 800 mg of sodium which is as much as two grams of salt. Both the salt and fat content depend entirely on the cooking and cutting method.

Of all the energy that comes from bacon, 68% of it comes from fat, and up to half of this is from saturated fat.  Saturated fat has been villainized for years, but it’s one of the best fats for the body because of how it works to increase our GOOD cholesterol. Despite billions of dollars of research over the years, scientists have not been able to find a link between saturated fat and heart disease.

Studies have shown that there is no link at all and that in fact saturated fat raises the HDL “good cholesterol” and changes the LDL “bad” from small and dense, to large, which is mostly unharmful.

Turkey bacon is one of the most popular alternatives to regular bacon. People may choose to eat turkey bacon over its original form due to religion, culture, or health reasons. It is lower in both energy and fat than pork bacon.

The meat used to make turkey bacon comes from any part of the turkey and can be smoked, uncured, or cured to resemble the original form of bacon closely.

There are also vegetarian forms of bacon as well.

Bacon holds a special place in the diet of the world, so much so, that a number of different bacon containing, bacon flavored, and bacon-scented products have been created as a result.

Bacon Around the World

A 2015 study concluded that the top 10 USA cities for bacon consumption were:

How People Feel About Bacon

Bacon…what’s your favorite way to enjoy bacon? Tell us below in the comments!!

Get my FREE printable cheatsheet with no less than 101 of my GO-TO keto-approved snacks. Print or download to your phone for easy access! 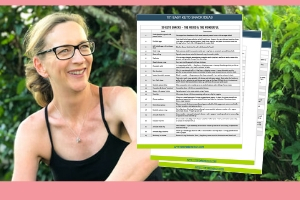 Success! Check your email to download your cheat sheet. 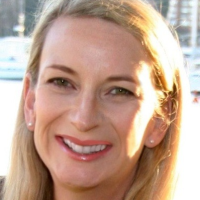 I'm Abbie. At Appetite For Energy, we share dozens of incredibly flavorful Low-Carb and Keto recipes that you won't believe take only 30 minutes or less to prepare. If you are looking for meal plans and ideas for your low-carb or ketogenic diet lifestyle we have you covered. Appetize for Energy but don't sacrifice taste, we'll show you how!

Hi! I'm Anna. I show busy mums how to get their pre-kids body and confidence back, while eating delicious, fat-filled foods and never going hungry. Read More… 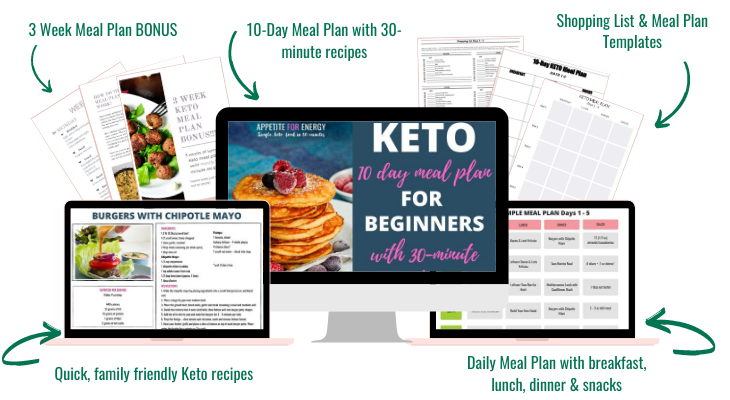 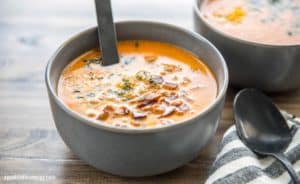